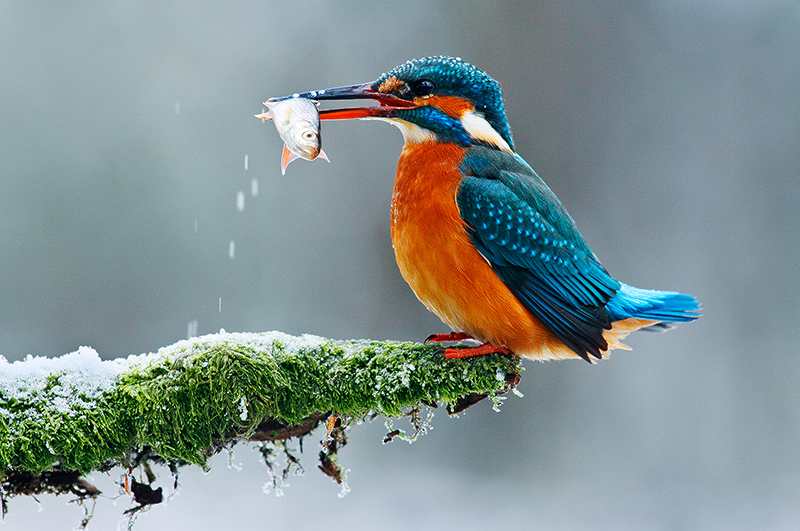 The Common Kingfisher (Alcedo atthis) is one of the most colourful birds of Europe. The Kingfisher is actually a really appropriate name for this little blue extremely efficiënt fishing machine, unlike the name the Ducht have given it. Loosely translated it is called ´Ice bird´ in The Netherlands. However, if there is one thing these birds hate, it is ice. Kingfishers need open water to attain their food and they don´t migrate during winter. This is probably why you see the kingfisher most often during winter when it seeks out the warmer canals and streams which don´t freeze over. Apparently, this is why people in The Netherlands have started to call the kingfisher ´icebird´, because whenever ice was around they would bump into it every now and then. Another name for it is ´electric blue flash or blue lighting´ which refers to the streak of highly cyan feathers which gives of an electric blue when it flies over the water rapidly in search of a new fishing spot.