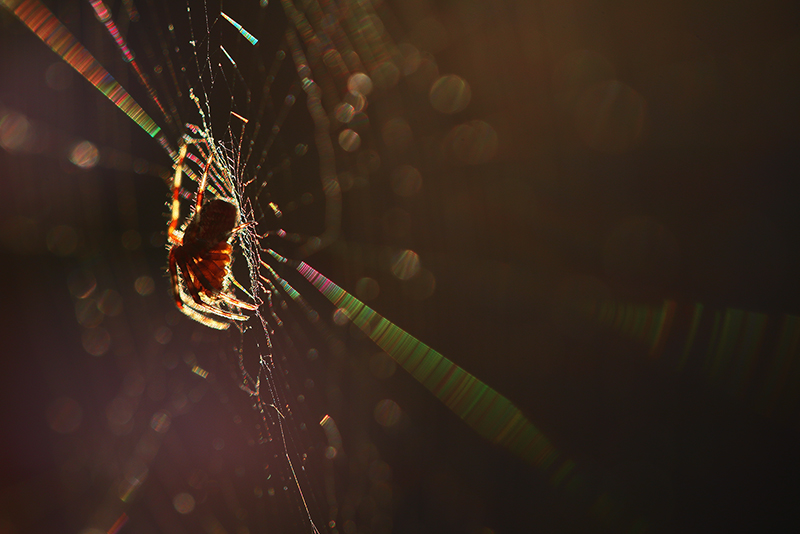 One of the most common spiders of The Netherlands is commonly called the European garden spider, diadem spider, cross spider, or crowned orb weaver (Araneus diadematus). It is an orb-weaver spider found in Europe and North America. In The Netherlands we call it crossspider for the cross like markings on its body segment. The legs of orb-weaver spiders are specialized for spinning orb webs. The webs are built by the larger females who hang head down in the center of the web or remain hidden in nearby foliage, with one claw hooked to a signal line connected to the main orb waiting for a disturbance to signal the arrival of prey. Prey is then quickly bitten and wrapped in silk before being stored for later consumption. The initial bite serves to paralyze the prey and minimize the danger of the spider herself being stung or bitten, and the enzymes thus injected serve to begin liquefaction of the prey’s internal structures. It is a reclusive creature and only bites humans if cornered or otherwise provoked. The bite is not unlike a mild bee sting. Some orb-web spiders routinely recycle the metabolically costly silk by disassembling and eating their webs in the morning or evening, depending on the species’ diurnal or nocturnal nature, or in anticipation of a thunderstorm. This complex process can take just a few minutes.